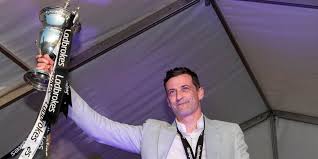 Duncan Watmore has only been back just recently after spending two years away due to injury. He was outstanding in the game against Blackpool and Jack Ross was hoping that he could get a sustained run into the team.

Unfortunately for him, the player picked up an injury during the game and as a precautionary measure, Jack Ross allowed him to miss the game against Accrington Stanley. However, the Sunderland manager is hopeful that the player can pass a late fitness test and be part of the team that will be facing Gillingham.

Jack Ross said that Kaz was not fit to play the game against Accrington Stanley and that he will have to check him before the game against Gillingham. He said that both Duncan Watmore and Kaz Sterling are an important member of the team and that it will be a blow to the team.

He said that games are coming thick and fast at the moment and that it would be a great thing to have the whole team present. He said that Sunderland has been progressing in recent weeks and that he will be hoping that all the players show the same determination and willingness to perform in the game against Gillingham.

Jack Ross said that he is committed to the club and that he wants to bring them forward.